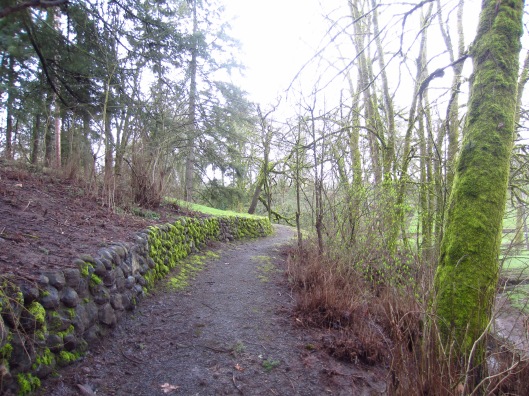 Still catching up on my pictures in this edition of Sunday Sevens; some of these are actually from last weekend, which was spent in Oregon.  As always, all credit to Natalie from Threads and Bobbins for coming up with the Sunday Sevens idea and giving us something to do with all those random pictures we take.

On Friday, my honey and I headed down to Newberg, Oregon, so that he could do a 200k bike ride with the Oregon Randonneurs (that website is terribly unhelpful, but randonneuring is a type of long-distance, non-competitive, self-supported cycling; a basic introduction is here and a slightly odd–why the marching music?–look at what it’s like to do one of these rides is here).  He’s signed up to do the London-Edinburgh-London ride this summer and a LOT of training needs to happen between now and July.

While he was off doing that on Saturday, I took a walk around and stopped at Hoover Park  (Newberg has the somewhat dubious distinction of being the birthplace of President Herbert Hoover).  This part of Oregon is still firmly in monsoon season and the park is sort of bowl-shaped, so the ground was muddy, saturated, and slippery with leaves.

I was just happy to see some green, though.

Did not manage to get a picture of the hobbits that surely live here. 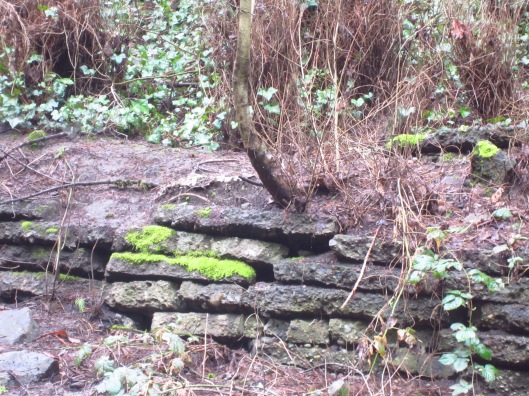 I also stopped at the Goodwill there, which for some reason has GREAT fabric; last summer, I picked up this fabulous flannel there.  Look at the summery goodies I found this time!  White gauze tablecloth, white eyelet curtain, and this amazing flowered cotton knit!

Total luck–opened the hotel room curtains and caught this guy snacking on the berries in the tree outside.

Back in eastern Washington, I joined a couple hundred other folks in Richland for an International Women’s Day rally.  Best moment:  a toddler in a red dress wandered up to the stage, picked up one of those signs, and walked off with it.  When she turned around, we could see that it read “Children Before Corporations.”  Big cheer from the crowd. 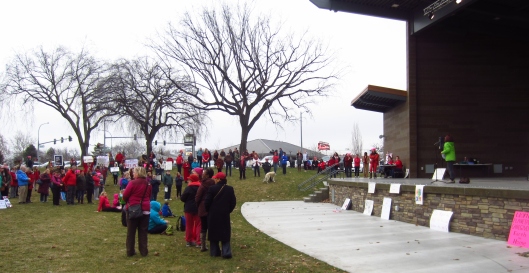 Another Goodwill find:  a new home for the stash!  I have had ENOUGH of moving bins to get to the one on the bottom.

And, finally, dinner:  I have introduced the Resident Englishman to another venerable American food tradition, the Tater Tot Hotdish (albeit an unusual version).  #Murica 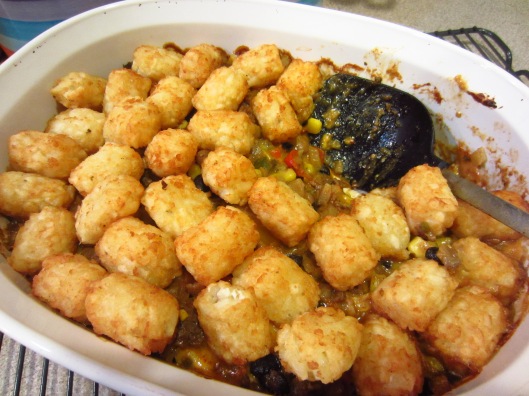 Busy week ahead.  Among other things, I’m working on a birthday present for my sister and need to also finish up the commissioned baby quilt ASAP.  I hope you all have an excellent week, get the important things done, and also make room for the fun things.

Make-A-List Monday is an idea that I borrowed from Sarah Craig over at Confessions of a Fabric Addict and I thank her for inspiring me to try it!

Busy week with everything BUT sewing!  I didn’t even bother to make a list last week, but this week should be better.  Here are my plans:

Photo from Noodlehead link above.

I’ve already got mine cut out–using fabric scraps from the stash, of course–and I’m using this super cool nylon jersey (stabilized with interfacing) for the front flap.

LOVE THIS FABRIC SO MUCH OMG

The outside will be this black textured fake suede and the lining a Laurel Burch fabric.

I suspect black piping and some nifty glass beads will be involved, as well.  😉

Photo from Craftsy link above.

And now on to the tree pr0n!

I spent the weekend in Newberg, OR, while my honey rode his bike for 600 kilometers.  We took the scenic highway home and took a few photos on the way.

The Columbia Gorge, taken from the Women’s Forum viewpoint.  All kinds of dramatic sky and cloud stuff happening. 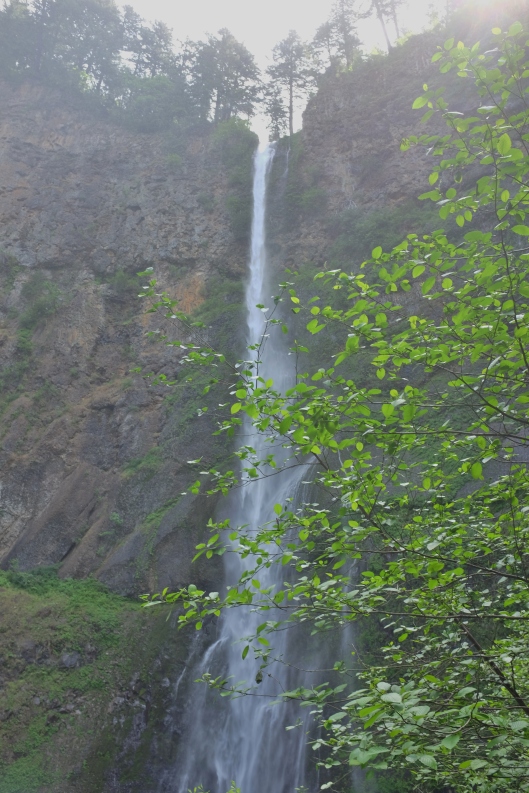 We hiked up to the little bridge part way up Multnomah Falls; this is the top half of the Falls.  (So beautiful, but it’s in all the Oregon guidebooks, so the area’s always so crammed full of tourists that there’s no room to move.  We were there on a Monday morning, so it wasn’t too bad.)

Near the base of the Falls. 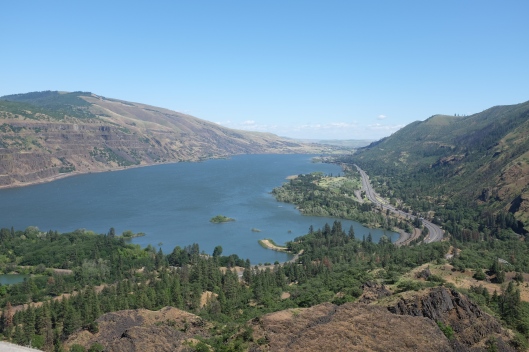 Another angle of the view from Rowena.  Not shown:  the gale-force winds trying to knock me over as I took the picture.  They were kind enough to blow away the clouds, though.

(I am linking this post up to Scraptastic Tuesday over at She Can Quilt.)

Have a great week, everybody!

Taken at Champoeg State Park in Newberg, OR, one of my favorite places in the world.